April 30 – Cherished memories! About 6 zillion or so, but I will just mention two.

Way back when I was teaching in first grade, a cute little freckle-faced, red-haired girl, Jessica, came bounding into the classroom with joy and happiness. She had been looking forward to this day “forever, and I didn’t think it would ever happen,” she said with a big grin. That was a really great year for her, as she wasn’t just the head of the class, but she fit in very well with all of the other kids. She was my right-hand woman and caught on so quickly to the new words and problems, etc. that she had time to help the other kids.

I will never forget the day the class pictures were taken, and the individual pictures that later went to the kids. Shyly, Jessica came up to me after school, handed me one of her pictures, and then disappeared to catch the bus.

Turning over the picture, I saw the following in her handwriting: To my favorite teacher, the best one I have ever had!” And I added a little post script after I read those words: not only the best one, maybe, but there wasn’t much choice because I am the only one, period, that you have ever had!

Today Jessica is married, with a son in the service in Cameroon, her daughter was recently married, and Jessica has a very important job with the Erie Insurance Exchange. I am very glad that she writes faithfully because it’s always good to know how “my kids” are doing. 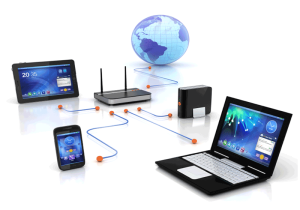 As far as changes occurring in schools are concerned, I would say that the Internet, the cell phones, the media, and all of the various items that bring up so much information so quickly have changed our system so it’s hard to remember what happened in the classrooms and library, etc. over time. A number of years ago when some of the middle school kids were working on their various reports in the computer room, I often suggested that they could get some good books from the library and write up a really good report. Their answers were always the same. “I can do it all a lot faster on the computer and there’s so much information out there!”

I still made the same suggestions from year to year. However, not any longer. Now I am the one who finds info on the computer and use Google regularly. Yes indeed, there are many ways of learning! – CHRIS

1 Response to Some School Memories