A Tale From the (C)old Days

January 31 – I have never been able to figure out why I don’t want to bother with extra clothes for outside unless I really absolutely have to! Whenever we go out to help with the Harvesters’ distribution on cold mornings, I think to myself that I “will absolutely have to!” whether I want to or not. Especially when I stand out in the wind for around three hours! Yes, there is lots of running back and forth moving the foods from a big wooden pallet to the people in the cars, but it will still be too cold for my enjoyment.

I must admit that I’m not the “same kid” that I was over eighty years ago when I could stay out all day with mittens that soon were so wet from fooling around in the snow that I was sure my fingers were frozen.

Once during that time period of my life, the city cut down on kids being able to ride the school bus if their school was less than five miles from home. I was probably about a half block away from being able to ride the bus, and by the time I reached Wilson Junior High, I was COLD! A heavy jacket didn’t help either.

But the worst part of the day began not too far from home when I came to the place where I knew Mom couldn’t see me, even if she were still outside waving! I yanked off the kerchief I was wearing to keep my ears from freezing, because I didn’t want anybody to see what kind of “hat” I had! All of my friends had real hats, in nice bright colors, but I didn’t!

As soon as I reached the school I hurried into the classroom, and rushed to that old-fashioned radiator where I lay my head down on the top to make sure my ears were still with me! Now that was a really silly thing to do. After this had happened a few times, my ears began to peel, and I didn’t like the pain. Each night, after I had walked out of sight of the school, I put the kerchief back on and arrived at home just the same way I had left it that morning. 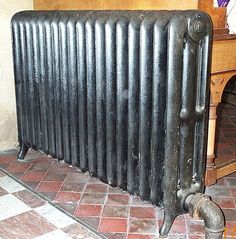 Only a few days into this exercise, Mom very carefully checked my ears and told me that she knew what I had been doing. The red and peeling ears had told her! I often wondered if maybe my teacher hadn’t called her and told her the story, as she was kind and didn’t want a student of hers to go through that pain every day. – CHRIS