July 11 – If you remember, my last post left off as we searched for the Driver’s License Bureau. Now we didn’t keep track of the mileage, but I can easily believe that we must have driven at least 25 miles in our search. By this time, Dale was not too happy, (and who can blame him?) about the directions we were given, very different one from the other. Finally, Dale announced, “OK, it’s your turn this time. Maybe you will have better luck than I have had!” 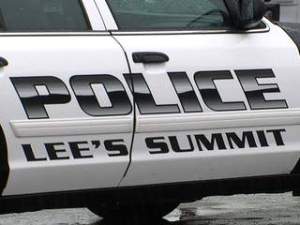 Just as he said that, I looked out the window and saw a police car parked not far from the curb, with somebody in it, maybe looking for folks who were going too fast. Quickly I asked Dale to turn left at the next road and drive back to that car. After he had parked near the car, I got out and moved over to the window where a smiling young man sat and asked, “Is there something I can do for you?”

My answer? “I sure do hope so.” Then I explained the problem and added, “And it’s my birthday today! I’m NINETY, and I’m really tired of hunting for the license office!”

“Well, I can help you,” he said as he smiled again. “That office was moved last July. Now if you want to follow me, I’ll take you right there.” If we WANTED to follow him? Yes, we surely did! After thanking him several times, I hopped back into the truck and told Dale the good news. A few minutes later we were backtracking on one of the streets we had heard about in the directions people gave us. About five miles later, he pulled into the small plaza, parked and pointed just ahead to the office we had been looking for for well over an hour! Before he could leave, I jumped out of the truck, ran over to the car and gave that young man a hug through the window! I don’t think he thought he had done anything great, but we sure did!

As soon as we walked through the entrance to the license office, my worries began. Would I be able to remember the road signs? Who would ask me questions? etc, etc. During the long drive all over Lee’s Summit, I hadn’t thought of that problem at all!

“Take one of those tickets over there,” Dale said. Just as I had it in my hand, a friendly man asked if I had come for the test. When I said, “Yes,” he told me to come over to his desk and sit down. Already? We had just arrived, and didn’t have to wait at all as we usually do because of the number of folks taking the test. After I had brought out my license and answered questions about any changes in it, even down to my weight, (Good for me; I had lost 6 pounds in the three years since my last test.) he said, “Well, we’re ready. Just look through those little slots and read the letters you see.” 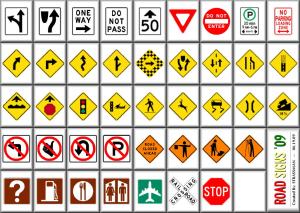 After that was over, he asked me to tell what the road signs meant. There were a few curve signs, no left turn, yield, and finally one round one, a circle within a square with no words on the surface. I had to admit that I didn’t recognize that one without the words. The shape should have told me that it was a DO NOT ENTER just as I had seen so many of them that morning along the highway!

When it came time for me to sign the paper giving the information, my hands were shaking so much that I just couldn’t even sign my name! When the examiner saw that I was really embarrassed, he said, “Don’t worry. I can tell you’re nervous. That’s OK. Your husband can sign for you – you passed!”

That’s when I reached across the desk and gave him a big hug! “Well, that’s the first hug I’ve ever had while working in this office! Thank you! Enjoy the day now!” Oh, yes, I would after all of those miles of driving and the kindness of the policeman and the examiner! Now I can add this story to those driving experiences I wrote about earlier! – CHRIS