July 14 – In 1935 my parents accepted a call to go as missionaries to Southern Rhodesia (Now Zimbabwe). They were assigned to Solusi Mission (now Solusi University) the oldest Seventh-day Adventist mission in the world, and Dad taught there for about three years. 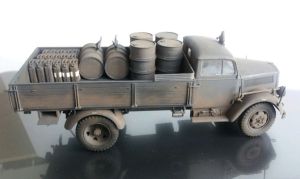 Every week the mission truck (lorry) was driven to the town of Bulawayo, about 30 miles away, to purchase foods and other supplies. Dad was usually the driver. Between the mission and town was a quite large river, usually dry and sandy. One day Dad was crossing this river with a number of school boys on the back, in case they might be needed. There was also an old villager who had hitched a ride. In the middle of the river bed the truck got stuck in the sand and all of the boys had to jump off and push. The old man did not jump off, but rather pushed vigorously against the back of the cab, trying to be helpful!

In 1939 Dad was called to teach at Rusangu Mission in Northern Rhodesia, (now Zambia) and the mission lorry was the means of transport. My folks loaded all their goods onto the truck and away they went northwards. As night drew near the lorry pulled off the road and camp was made. I was asleep when the only exciting part happened. During the night the sawing sounds of a leopard were heard as it investigated the camp, and the camp boy got up and put more wood on the fire to scare it away. 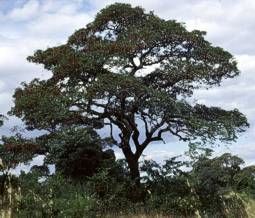 There were three homes at Rusangu for the missionary families. In our yard there were several large syringa trees and a mud and pole storage hut with a thatched roof. There were many snakes around the mission, yet none of the students was ever bitten although they walked frequently in the dark without lights.

Puff adders, stout and sluggish, were common and they rarely moved aside when they felt the vibrations of footsteps coming their way. If they got stepped on, they had long fangs that they would bury in the flesh of whatever had offended them. 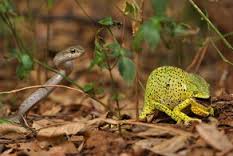 I was sitting under a syringa tree one day, reading a book, when suddenly a chameleon fell out of the tree right beside me. Strange, for chameleons cling very tightly to their branches. Suddenly again, right beside me, a snake fell out of the tree, a poisonous tree snake known as a boomslang It was anxious to eat the chameleon, but when it saw me it hastened back up the tree and left its meal behind.

We had a collie, Teddie, and it died of snake bite there at Rusangu. One night before bedtime there was a fearful screech and scream in the back yard, and we all rushed out to see what was going on. There on the roof of the hut was our cat, very frightened. How it got there was a problem, for the thatch protruded a number of inches beyond the hut wall and we could never figure out how it got to the roof. What had made that frightful sound we never knew, but maybe the cat did… – DALE

(Note: none of these pictures are of the actual events. I didn’t have a camera back then!)