So what job do I start next? 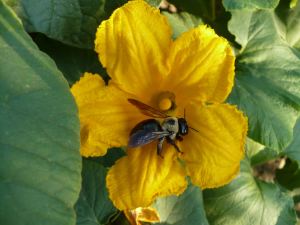 October 6 – Have been trying to decide what I ought to do next, but can’t make up my mind as there are so many details that need to be attended to. Probably we ought to sell and buy a tiny house in Pleasant Hill that has no mowing to bother about!

The temperature isn’t too bad outside this morning. Chris wants to go out and do a little hand mowing but the dew is still on the roses. The tomatoes are not ripening very rapidly now and may not really be ready to pick for another couple of days. Am amazed that we are still picking cucumbers from those vines that look so dead. Every couple of days I gather calico lima beans, just a small bundle, and keep adding them to the jar in the fridge. One of these days there will be enough for a meal. Speaking of mowing, I was surprised this morning when I took out a letter to the mailbox and discovered that somebody has mowed quite a patch around the mail box but nowhere else in sight. Who did it, and why, and when, I have no idea. Thank you, whoever you are! 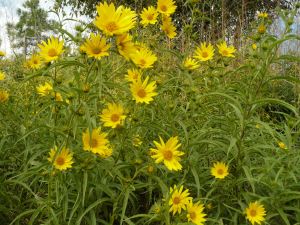 Our Maximillian perennial sunflowers are finally starting to bloom. Just the one patch by the bamboo; the other has buds but no blooms open yet. These things start blooming so late every year that the frost gets most of them before they have really made a good show. The regular wild ones are blooming so beautifully and profusely. It’s always cheering to see them when we drive to church or town.

No more orange trumpet vine flowers though, and I think the hummingbirds have mostly left for the south. A couple of mornings ago I was standing by the back door and two blue jays were by the feeder, and began to fight. Boy, did they battle. They lay on the lawn, locked together and rolling over and stabbing each other for the longest time. Finally one fled, pursued by the other, and they disappeared. 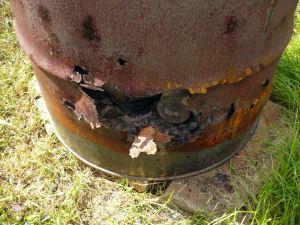 Yesterday I dumped a number of empty aerosol cans in the burning barrel, after the trash papers had burned, and moved well away. After a while there were a couple of big BOOM’s and several cans came flying up out of the barrel and lay smoking on the lawn. Today I shall go out and put them into a bag for Robbie’s scrap metal collection. The burning barrel has been rusting away for months, but now it definitely needs to be replaced, for the explosion blew quite a hole in the side! I am trying to find a source for these barrels but so far have not found one.

Janice invited us over yesterday to see her new flooring, so we went and had a nice little visit and admired the vinyl flooring, which is in strips resembling hard wood flooring. Here at our own place, I was surprised yesterday to notice how many of the ceiling tiles in the basement had their corners curled up suddenly, and one had curled up very much and fallen to the floor. I replaced it with a new spare I had, but am wondering what is causing this. Maybe the furnace running now is drying them out too rapidly. 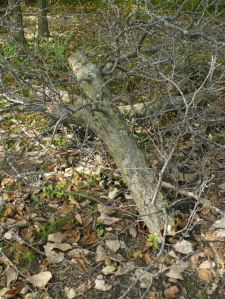 And the limbs came a’tumbling down…

A big limb from one of our oak trees back by the picnic site blew down in the wind we had a day or so ago, and I just noticed it yesterday and got out the chain saw. The limb was too big to handle in one piece. Had just started to saw when the thing seized up and would not run; I had to take the saw up to the work shop and figure out what was wrong. The little sprocket in the end of the chain bar had locked up and prevented the chain from turning. I put oil on the sprocket, but eventually had to take the whole bar and chain apart and then discovered that the oil from the oil chamber was not getting through to the chain. Finally I got the thing running again and cut up the limb into several sections and then the chain came right off the bar while turning. Now I have the whole thing apart and am reading the instruction booklet. It is a Husqvarna and the book says made in the USA but the book was obviously interpreted from Swedish to English and is not too easy to understand.

That be all for now, and I shall make a decision as to what I have to do next. Chris may want me to get the hand mower ready for her to use. I’ll probably go soak the saw chain in oil before trying to replace it and figure out what is blocking the oil flow. – DALE

Like Loading...
This entry was posted in Around the House, Yard & Garden and tagged Yard & Garden. Bookmark the permalink.